PART 2 - azshow.info/watch/Qi0e24HqYNI/video.html
The documentary was made to be read with the book.
Buy "The Floyd Mayweather Mind":
- Worldwide (FREE COPY/ eBook PDF): reemus-boxing.myshopify.com/products/the-floyd-mayweather-mind
- US readers (paperback/kindle eBook): www.amazon.com/dp/B08DK41GRZ/
- UK readers (paperback/kindle eBook): www.amazon.co.uk/dp/B08DK41GRZ/
A movie-documentary based on the career of Floyd Mayweather, focusing on his come-up to stardom. The documentary highlights Mayweather's story and details the specific struggles that Mayweather had to overcome to eventually become a household name.
"The Rise of Floyd Mayweather TBE" covers his life and career as he grew from 'Pretty Boy Floyd' to 'Money Mayweather'. It highlights the most important fights he had (up to 2009), including matches such as:
- Boxing at the 1996 Atlanta Olympic Games, fighting Sefarim Todorov
- Fighting Genaro Hernandez and winning his first world title
- Fighting Diego Corrales and searching for big-name fights (against guys like Prince Naseem, Joel Casamayor, Paul Spadafora etc)
- The controversial matches against Jose Luis Castillo in 2002
- His first PPV appearance against Arturo Gatti
- Earning stardom with Oscar De La Hoya
The film also includes his fall-out dispute with Top Rank and why he had to adopt the controversial persona (Money Mayweather) that aggravated many fans.
No other video highlights the rise of Mayweather with such detail, and it is a must-see for fight fans, Floyd fans, and boxing historians.
Please leave a like and share to support the video. I put in a lot of work and hundreds of hours to create a special gift that will entertain and inspire you during this hectic time in 2020.
Produced by Reemus Boxing
Narrated by Reemus

Get the Cus D'Amato book based on his philosophies about fighting and life lessons (100+positive reviews). A must for boxers, fight fans, and ambitious people:
- US readers (paperback/kindle eBook): a.co/2nCmU94 /
- UK readers (paperback/kindle eBook): amzn.to/2jsHUdi
- All readers (PDF eBook/ Audiobook): reemus-boxing.myshopify.com/products/the-cus-damato-mind-book
Get the mindset-boxing book 'Automatic Ambition' on Amazon
"Automatic Ambition" is a book based on forming a strong mindset, building belief, and contains practical steps to help you make your dreams reality. The book is based on ten boxing legends, including Mayweather, Pacquiao, Tyson, Cus D'Amato, AJ and more - Get it on Amazon:
- US readers (paperback/kindle eBook): - www.amazon.com/dp/1789269040/
- UK readers (paperback/kindle eBook): - amzn.eu/d/01FvFy5
- All readers (PDF eBook/ Audiobook): reemus-boxing.myshopify.com/products/automatic-ambition-book
Listen to the boxing motivation and media mastery 'Champset' podcast on major podcast platforms: Spotify:open.spotify.com/show/7JXKH2G3LYd1GF1y7PWhhm
iTunes : itunes.apple.com/gb/podcast/champset/
Blog: reemusboxing.com/blog
IG Boxing Page: reemusboxing
Like FB page: ReemusBoxing/
Twitter: ReemusB

Reemus Boxing 3 ay əvvəl
PART 2 "REIGN OF TBE" IS HERE: azshow.info/watch/Qi0e24HqYNI/video.html The documentary was made to be read with the book. GET A FREE COPY >> "The Floyd Mayweather Mind", a biographic book about Floyd's success with inspirational stories from his career. Get it here: - Worldwide (FREE COPY/ eBook PDF): reemus-boxing.myshopify.com/products/the-floyd-mayweather-mind - US readers (paperback/kindle eBook): www.amazon.com/dp/B08DK41GRZ/ - UK readers (paperback/kindle eBook): www.amazon.co.uk/dp/B08DK41GRZ/

Michelle_Albury82 17 gün əvvəl
bro ease down on the ad's maybe every 10mins .. it's causing me to not want to watch when they popping up too often

D 1 18 saat əvvəl
I love this guys fuckin come up. I followed him from his 1st Professional fight til his retirement. I saw it from the start!!! Say what u want. He worked hard 4 it all!!! If his hands weren't brittle. All opponents would've been slaughtered!!!! Period...

Justin C Will 20 saat əvvəl
Well we know who Larry wanted to win in the Castillo fight. When Floyd left HBO I knew they were DONE!!!

Nahum Alarcón Gün əvvəl
Awful style always running away, that is why we rather love and remember legends like Tyson, a true fighter

Kق Kغtowa 2 gün əvvəl
Floyd put in the work more than anyone else in the game and that’s why he is where he is. If you can’t put in the work to be great then don’t hate this guy or anyone that’s famous.

RodJ22 3 gün əvvəl
Floyd Mayweather is no doubt in the top 3 of the best fighters of all time!!!! Hands down!

devon diggs 4 gün əvvəl
Floyd is a super duper humble gifted machine. ELHOHIM has blessed MR Pisces we appreciate you very very much for showing understanding of will and respect is power.

Kered Tionson 4 gün əvvəl
In 2008 - Floyd was retired - Pacquiao just won his 1st fight at 135 against Davide Diaz - July 2008 2008 Welterweight Rankings - 1. Antonio Margarito 2. Miguel Cotto 3. Paul Williams 4. Shane Mosley 5. Joshua Clottey 6. Carlos Quintana 7. Kermit Citron 8. Andre Berto 9. Luis Collazo 10. Jackson Bonsu Imagine this: I was checking the Welterweight Rankings in 2008 (In 2008 - Floyd was retired - Pacman fought Marquez for the 2nd time at 130 division, then Pac first fight at lightweight in Jule 2008). I realized Pacman has fought more fighters in the 2008 welterweight rankings by the end of 2010 than Floyd Mayweather a natural welterweight. lol Floyd should be the one doing the house cleaning in the 2008 welterweight Rankings bcoz 147 is Floyd's division, But Floyd would rather fight a lightweight Marquez for cherrypicking and easy money, while Pacquiao a natural lightweight was fighting welterweights doing the house cleaning at 147.

Erin Morse 4 gün əvvəl
The title should be; "The Rise and Reign of Floyd Mayweather"

D Doe 6 gün əvvəl
i like to know why larry hated about floyd so much....you can tell he really did not like him....same for Adrien Broner....Larry Merchant attitude towards both of them is strange.

bing bong 6 gün əvvəl
The most coward boxer in history! Most boring boxing ever!

Jermyn Walton 7 gün əvvəl
Not only is he great, but I love his attitude! He is a cool guy. He worked hard for what he got. Much love from me. 👍👍👍💪🥊🥊

LifeSaver Eli-Yah 8 gün əvvəl
That Bob Arum is doing the same to Terrance Crawford..... how long is he be allowed to do this????

Virginia Sullivan 8 gün əvvəl
Floyd got hate his whole career. The man is the best just admit it

Malia Smith 8 gün əvvəl
I don't care how many basement losers clown Floyd Mayweather. To have a 50-0 Record is simply out of this world; all these pathetic fighters have NEVER once managed to dethrone him and they still hate; Truly TBE.

RaVWV 10 gün əvvəl
I like this layout, letting the original footage and narrators speak for itself and themselves, Then chiming to explain the story. Tis good

David Wahab 10 gün əvvəl
Floyd The King Of The Ring👑

David Wahab 10 gün əvvəl
Floyd Is Just The Best Of Them All.🙌🙌🙌💗

alexis sosa 13 gün əvvəl
Floyd deserves everything he got!

David Wilkinson 13 gün əvvəl
Larry sat at home realising the energy he put in to Floyd gettin beat, but to no avail. Without question the greatest boxer Of his generation, if not ever.

Cory Mcneil 14 gün əvvəl
He had 2 uncle's that boxed plus his father.

Ruben Gonzalez 15 gün əvvəl
Right. And the José Luis Castillo fight never happened!? Let’s only count the 33 rounds Floyd fought during his entire career . the rest he spent running away

Aristotelezz 15 gün əvvəl
I don't think Floyd Mayweather is the best fighter of all-time. But since professional boxing is about money, and he made the most, I think he is the most successful boxer of all-time.

Jeppoy Cosep 16 gün əvvəl
Self proclaimed TBE? You're not really the best floyd, you're just a clown that is running arround the corner. 😂

Barry Mitchel 17 gün əvvəl
Floyd is one of the best defensive boxers ever, yet he went to jail for hitting a woman. He could defend himself from professional boxers punches, but not avaid a attack from a woman? Coward.

Sean Jenkins 17 gün əvvəl
Floyd is misunderstood. He's an entertainer, like Nene Leaks or the Kardashians. He knows how to sell a product. His persona isn't real

SuperSpann! 18 gün əvvəl
Now you see why Floyd always just laughed whenever Adrian Broner called him out. All he went through to finally get a mega fight. AB just didn't even understand.

Richard Murillo 18 gün əvvəl
Floyd lost fights in my opinion, Castillo, Maidana 1, and Pacman but that's not a bad thing. Floyd is TBE in making that money part with people because you either loved him or wanted to see him lose.

user540000 18 gün əvvəl
Most documentaries like this have a title of "The Rise and Fall of xyz" Floyd is like a Brett Farve of boxing, there was never any fall, retired still on top, its only "The Rise of Floyd Mayweather"

Shandall Edwards 23 gün əvvəl
Fact is hard work pays off make no mistake about it Floyd earned everything he has. He is TBE. Loved him since he was Floyd Mayweather Jr. Pretty boy mayweather lol

brian p ferguson 24 gün əvvəl
Floyd got hate his whole career. The man is the best just admit it

TEtRaPODs pH 24 gün əvvəl
Oh man as a Filipino I hated him now I'm ashamed. I respect him for inspiring me now but still Manny is the GOat

gary gooddeal 24 gün əvvəl
most his fights the ref was paid off . floyd is not the greatest he thinks he is

matt pantellas 22 gün əvvəl
Stop it with that bullshit lol!! You obviously know absolutely nothing about the "sport" of boxing. It's a sport scored by points. Not just some savage street fight with no rules. Floyd won every fight he had because he treated it for what it is. A sport about scoring punches and defending yourself to not get hit. He had one fight that could've gone either way but besides that it was never really close from a boxing rules standpoint. I get it he wasn't the knock out artist that makes casual fans think he's boring or cheated or like you said paid off the refs. Don't speak on subjects that you have no knowledge of please!! Makes you sound ignorant and not knowledgeable about the sport

SUNN RAYY 25 gün əvvəl
The haters do a excellent job at keeping MONEY MAY at the TOP of HIS GAME.

Fresh Flights 26 gün əvvəl
Say what U want about him, but you don’t see many teams like his. They all been together since he was in amateurs. He’s got one of the most loyal teams there ever has been.

Sharif Cooper 26 gün əvvəl
Floyd is my guy!!! Best friends in another life.

TANN GENT 28 gün əvvəl
No one is going to acknowledge that Big George said that we better get on board now. Not going to go down the rabbit hole but you all already know.

Robbin Greer 29 gün əvvəl
HEY YO 50! FLOYD GAVE YOU A PASS, YOU BETTER GET ON YOUR KNEES AND PRAY ABOUT IT! CAUSE YOU DONT WANT IT WIT FLOYD!!! 🤭🤭🤭🤭

Robbin Greer 29 gün əvvəl
I LOVE YOU MAY!! AND BY THE WAY YOUR BOYS LOOK LIKE YOUR FATHER!

D.S.G.B Grady BabyTM Ay əvvəl
This video is strictly for you haters. The video gives shows you in great details on why he fight like he does now

Juan stennett Ay əvvəl
The title should be; "The Rise and Reign of Floyd Mayweather"

carlos oliva Ay əvvəl
I understand floyd's point of view. Now he was never given a fair shake.

Levelup Ay əvvəl
16:27 This gonna be me one day I got my dreams I'm coming

DrD3m3nt0 Ay əvvəl
Floyd reminds me of the Willie Nelson song on the Road Again. Money Mayweather ducking serious competition , throwing a few jabs followed by a hug and anything to influence a fight without actually boxing. Money has started a WWE version of boxing where his fighters avoid dangerous competition while loading up on cab drivers and waiters.

oTIGERBITEo Ay əvvəl
He never raise because he never fought outside USA... He is the Chicken Of All Time... Lol.. That my words... 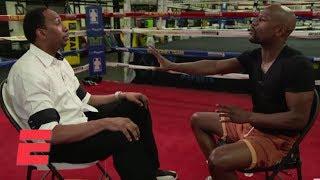 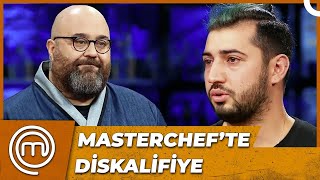 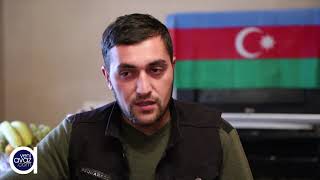 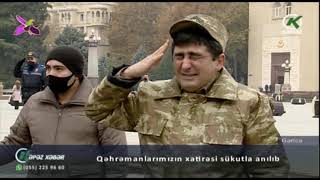 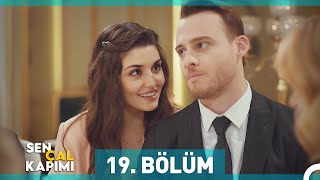 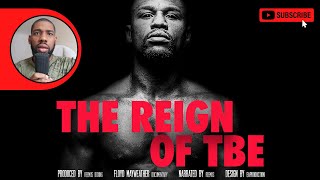 42:27
Venezuela / Most Dangerous City on Planet / How People Live
The People
Baxış 8M